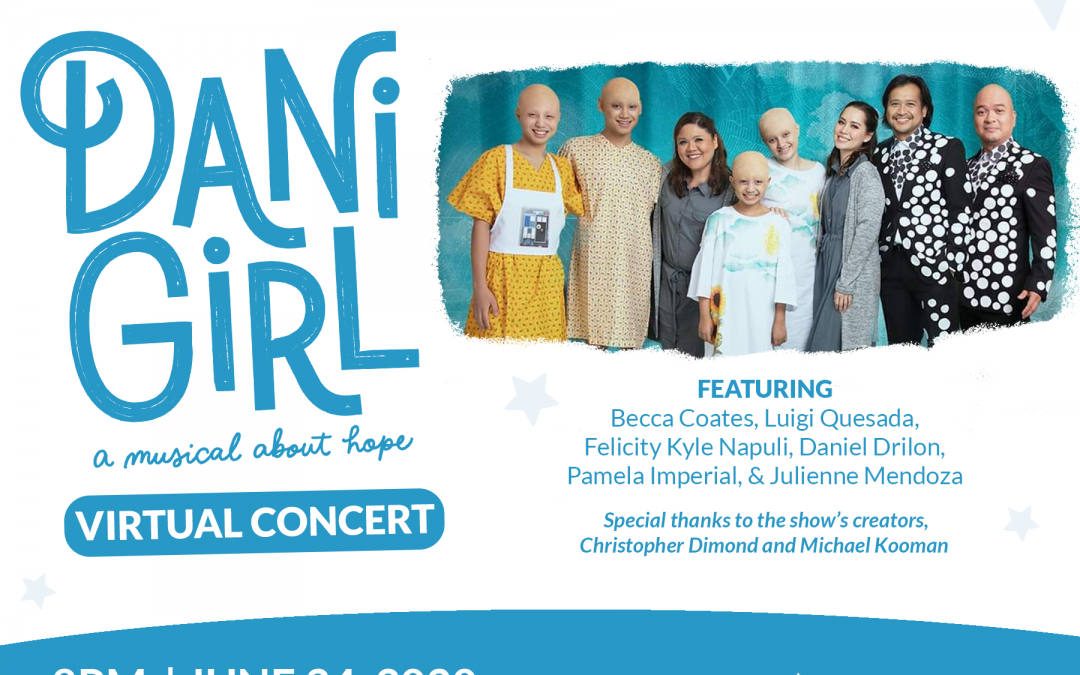 Make-A-Wish Philippines, in partnership with The Sandbox Collective and 9Works Theatrical, presents a virtual fundraising concert featuring the cast of “Dani Girl- A Musical about Hope”, on its episode of GenieTV via its Facebook page on June 24, Wednesday, at 8:00 pm.

“Dani Girl: A Musical About Hope” by Michael Kooman and Christopher Dimond celebrates the childlike innocence, wonder, imagination, courage and hope that people often forget and lose as full-fledged adults. Far from sitting back and letting her leukemia take over, nine-year old Dani, together with her best friend and guardian angel, set off on a whimsical quest to find her hair and figure out the answer to the question, “Why is cancer?”. The musical was last staged in Manila in September 2019.

Make-A-Wish Philippines is honored to have the stamp of approval and support from Kooman and Dimond to feature an online production that will showcase their well-loved songs. Cast members Becca Coates, Luigi Quesada, Felicity Kyle Napuli, Daniel Drilon, Pamela Imperial, and Julienne Mendoza will perform and share stories about hope – a valuable virtue especially during this trying time.